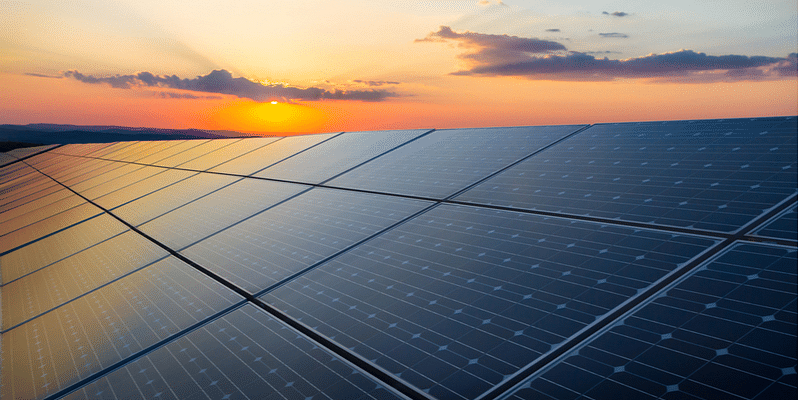 The predominance of fossil fuels in urban energy supply places cities on the front lines of climate change. Cities account for around 75% of global primary energy consumption and are responsible for 70% of energy-related greenhouse gas (GHG) emissions, making them key players in national and global efforts transition to a net zero future.

Cities can catalyze the shift to a low carbon future

A new report released today by IRENA outlines ways in which cities can catalyze the shift to a low-carbon future – in turn supporting regional and national governments in meeting sustainable energy goals and meeting energy needs. global climate goals. Cities can be target setters, planners and regulators. They often own and therefore operate municipal infrastructure. Cities are still direct consumers of energy and therefore aggregators of demand, and can be facilitators and financiers of renewable energy projects.

Renewable energy policies for cities also presents case studies of small and medium-sized towns from various regions, demonstrating that cities are already taking on this responsibility. Examples from China, Costa Rica and Uganda show that despite limited access to finance and political support, the clear benefits of sustainable energy in an urban context have inspired action.

In Kasese, Uganda, for example, the municipality recognized its significant potential for solar power, in turn leading to the establishment of the Kasese Municipal Sustainable Energy Strategy in 2017. IRENA contributed to the Kasese’s journey in the deployment of solar energy with its SolarCityEngine, a web-based application designed to help households, businesses and municipal authorities assess the prospects for generating electricity using rooftop solar photovoltaic (PV) energy. The online simulator allowed the municipality to assess the costs of the incentive, affordability and the total volume of investments.

A policy package then followed, which included efforts to attract investment, programs to train households and small businesses to deploy a home solar system, and outreach activities to ensure acceptance by residents. As a result, the people of Kasese have embraced the deployment of solar PV power in their town, including their homes. Switching from polluting kerosene lamps to clean solar power has improved the health of many people and presented new economic opportunities as people have saved money on electricity.

E-mobility in Cartago, Grecia and Guanacaste in Costa Rica

In Cartago, Grecia and Guanacaste in Costa Rica, electric mobility (electric mobility) is the new frontier for achieving net zero emissions. Electric mobility is presented as a natural choice for the country thanks to its high share of renewable energies in the electricity supply, the availability of space for infrastructure, the short average distance traveled and the optimal average temperature for electric vehicles. (VE).

With effective policies in place, the report points out that Cartago, Grecia and Guanacaste have all witnessed a positive increase in electric mobility infrastructure. Easy access to facilities, combined with the cost-efficiency of electric vehicles, motivates residents to switch from fossil-fueled vehicles to electric vehicles and to adopt a more sustainable mode of transportation. Electric buses have also increased in number, not only creating jobs for trainers and drivers, but also reducing the demand for private driving and hence GHG emissions.

In Zhangjiakou, China, locals testified about the positive change brought about by a wind-powered system. After giving up coal for heating, residents found the air to be cleaner, which motivated people to enjoy nature and socialize more outdoors. Wind power has also fueled the city’s growth as companies increasingly sought to base their operations in Zhangjiakou, to benefit from the low-cost electricity produced by wind power.

Geothermal energy for district heating and cooking in Xiong’an, China

Xiong’an became the first smog-free city in northern China thanks to the development of geothermal energy. With its low operation and maintenance costs, as well as its resilience to weather conditions, geothermal energy has successfully replaced coal-fired district heating in Xiong’an. Residents enjoy the benefits of reduced heating costs, and the geothermal power plant, together with the urban thermal network, creates jobs for the city.

In Serbia, the success of the municipality of Bogatić in deploying geothermal energy for the district heating system has motivated other municipalities to exploit their geothermal potential. After discovering profitability and the resulting reduction in pollution, residents and financial institutions are now the advocates of the technology. See the guidelines for decision makers at Integration of low temperature renewable energies into urban energy systems.

The examples presented in the report present best practices for other cities working towards low-carbon energy supply. What they emphasize is the importance of strong alignment between local and national governments, and proactive engagement from local residents, community groups and businesses. For the global race to zero to unfold at an accelerated pace, the world’s urban environments must be empowered to take meaningful action.

Find out more in the Renewable energy policies for cities and related case studies, also available in Spanish and Chinese. The reports and case studies were produced with the support of the International climate initiative.

Andy Matthy Joins Independent Board of Directors of iSun, Inc | Business and finance