The Beijing Winter Olympics, which are due to begin on February 4, will be all about a fake snow pitch. Due to climate change, the international match will mainly take place on artificial snow.

Authorities are now busy organizing heaps of artificial snow and spraying the same on the mountains of Zhangjiakou, the site of the Games. According to various reports, scientists have found a way to create artificial particles to give the illusion of winter weather.

The snow is injected with water to harden it and then treated with chemicals to keep it intact. With natural snow melting and increasing global warming, artificial snow is recommended for winter competitions.

Why is China busy creating artificial snow for the 2022 Winter Olympics?

According to scientists, not all host cities receive the same snowfall, so there is a need for artificial snow to hold the games. For example, the region, located 160 km northwest of Zhangjiakou, receives relatively little snowfall. This region will host snowboarding, cross-country skiing and ski jumping.

According to international media, the Games begin with alpine skiing and slalom taking place in Yanqing, a spectacular mountainous district about 80 km from the Chinese capital.

How does China create artificial snow?

Reports suggest that around 49 million gallons of water – an amount that would fill 74 Olympic-sized swimming pools – were needed to produce the fake snow. Additionally, it takes 130 fan-driven snow generators and 300 snow cannons to create the 1.2 million cubic meters of fake snowflakes.
However, this was highlighted as a risk by the International Olympic Committee (IOC) assessment during the bid process.

For the Winter Olympics in Beijing, China borrowed a machine from Italy that has been pumping snow since November 2021. The machine sprays particles of ice and a fine mist of water vapor, 60 meters above the ground , where these particles combine to become snow and then fall. According to reports, the Italian company used about 290 snow pumping machines for the winter games.

The creation of artificial snow has a high environmental cost. Although artificial snow can also be good as natural snow, the process of producing it puts a strain on the environment. The immense waste of water as well as energy on a large scale is costly and unsustainable. Scientists think it only makes the damage caused by global warming worse.

However, Beijing quashed reports of a strain on the water supply, citing its network of reservoirs. He further stated that the Winter Games are in line with the United Nations Sustainable Development Goals. 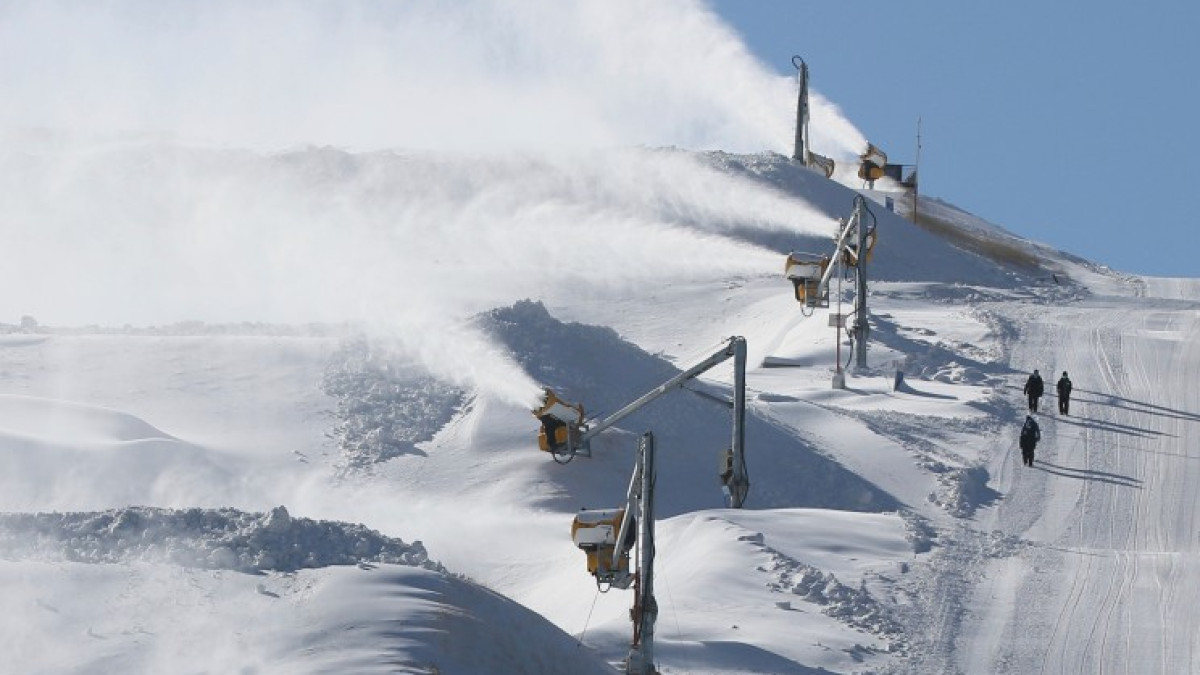 Beijing is creating artificial snow ahead of the 2022 Winter Olympics. (AP)

On top of that, artificial snow also poses a risk to athletes, who worry about the dangers of artificial snow. The snow is more icy and therefore more slippery, which increases the risk of injury compared to fluffy natural snow.

With higher moisture content, athletes believe that downhill on artificial snow is also a problem, as counterfeit flakes speed up the descent and can cause more dangerous crashes.

Artificial snow was first used when the winter games were held in Lake Placid in New York in 1980. Later it was used in Vancouver in 2010 and Sochi in 2014.
South Korea’s 2018 Winter Olympics in Pyeongchang relied almost entirely on fake snow.

However, Beijing will be the first host to use fully artificial snow.

An artificial insemination scandal has erupted in the Netherlands, shaking the fraternity of gynecologists with at least 10 doctors having used their own sperm without the mothers’ permission. People took to social media on Saturday July 16 to express their outrage at the announcement of the affected clinic, Alrijne Hospital in the city of Leiden. […]

This project was funded by a grant from the Pulitzer Center and provided by Eye on Ohio, the nonprofit, non-partisan Ohio Center for Journalism. Al Jenkins has what neighbors call “the nicest house in the neighborhood.” The renovated historic structure has fresh gray paint and neat landscaping. A side lawn looks like this, too. Jenkins […]