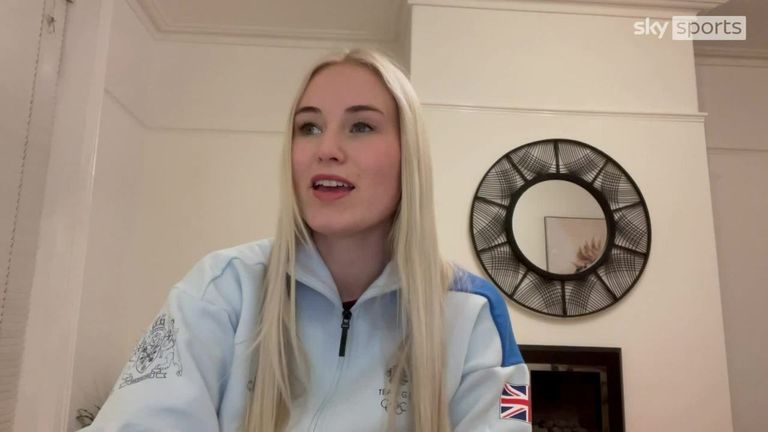 British snowboarder Katie Ormerod has explained how artificial snow will affect her and other snowboarders at this year’s Winter Olympics.

British snowboarder Katie Ormerod has explained how artificial snow will affect her and other snowboarders at this year’s Winter Olympics.

Welcome to the 2022 Winter Olympics in Beijing, China. What if it was too good to be true? In the sense that the snow at least is almost entirely fake. It’s artificial. Look the part, mostly feel the part, but it’s just not the same thing.

At this very spot, where the world’s top ski and snow athletes will compete at the pinnacle of their respective sports starting next Friday, there is virtually no natural snow.

What’s the problem ? It’s the fact that artificial snow is a less than ideal solution to alleviating a much bigger problem, as described in the ‘Slippery Slopes’ report, published earlier this week by Loughborough University, the Sport Ecology Group and outdoor climate action charity Protect Our Winters.

The report details how, in order to maintain conditions that meet Olympic competition standards in Beijing, they will use 49 million gallons (222 million liters) of chemically treated, frozen water, before putting it through 130 snow guns, which themselves themselves require huge amounts of energy to operate. And it’s not just the fan-driven snow makers; eight water cooling towers are needed, around 300 snow cannons, fed by three pumping stations at different altitudes, all in one of the most water-scarce cities in the world.

But it does not stop there. Chemical and biological additives can be mixed to improve the quality of snow, salt and also fertilizers (called “snow hardeners”) for cross-country ski trails in particular, and this chemical composition can decrease biodiversity and disturb the vegetation. As a result, the picture is far from perfect, and for athletes this can be a real concern.

“I hope it will not be dangerous”

Katie Ormerod, a freestyle snowboarder for the British team selected for the Games, grew up in Yorkshire, riding mainly in indoor centers that use artificial snow.

“I’m a little used to it, but it’s a little different when you’re snowboarding at the Olympics and on the biggest jumps in the world,” she said. Sky Sports News.

“Hopefully everything will be fine and not too different that way and hopefully it will feel safe and it won’t be unsafe conditions or whatever, but we won’t really know what it will be like. until we get there and try it.”

As for what is happening globally, Canadian Philippe Marquis says in the report that “conditions are significantly more dangerous than what we have seen before”, while British freestyle skier Laura Donaldson is cited as saying “bad snow is less stable under skis and it may not fully cover rocks and plants”.

As for artificial snow, it can create a faster and harder surface, which means that serious injuries are more likely in the event of a fall. But that’s not even the biggest issue at stake here. There is no denying that the climate emergency and global warming are to blame for this severe lack of natural snowfall – exemplified by shorter seasons, lower snowfall levels and melting glaciers, which in turn cause sea level rise.

Lesley McKenna, a three-time Winter Olympian for Team GB and an ambassador for Protect Our Winters UK, says it’s harder for elite competitors to plan ahead if they can’t find conditions constant high-level training sessions. 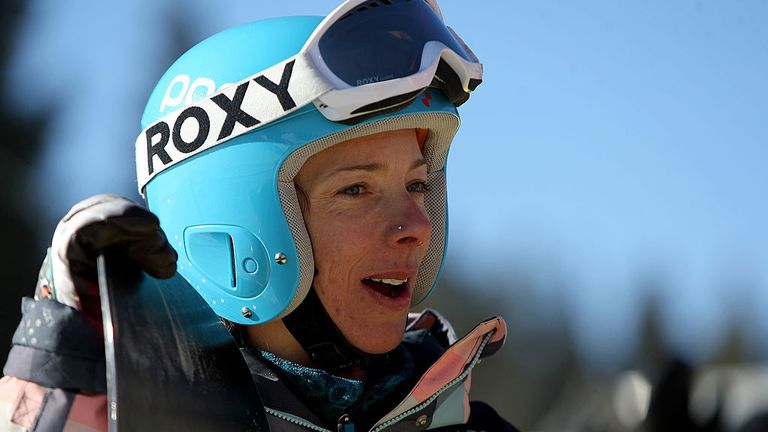 “If there’s a lack of snow in general, athletes who want to train more often can’t access training facilities,” McKenna said. Sky Sports News. “Resources are more under pressure, so people tend to make hasty decisions or rush. At one time, the winter season could last six months. Now it lasts three months.”

McKenna’s career as a winter sports athlete, coach and now team leader spans the past 30 years or so, but even during the much shorter period when Ormerod, 24, was a skier. active, she has also witnessed firsthand the effects of climate change.

“The glaciers are getting smaller, the seasons seem everywhere and it’s really worrying,” she says.

Returning to the Winter Olympics, the Slippery Slopes report cites a projection of previous hosts’ ability to stage the Games again in the future. Of the 19 sites, if the current trajectory of high carbon emissions continues, only 10 of them would still be reliable by the 2050s and only six by the 2080s. And Beijing, perhaps unsurprisingly , would not appear on either list. There is no clearer way to illustrate that sport is under threat.

So what are the solutions? Here another British couple have some suggestions. “We need to solve climate change at the source (reducing greenhouse gas emissions), rather than relying on mitigation-focused solutions,” freestyle skiing champion Peter Speight told the report.

For Ormerod, her immediate focus is Beijing and, having secured her best World Cup result since February 2020 in December, she goes into these Games knowing she has what it takes to do well.

In the long term, however, the climate crisis paints a much more uncertain and far more perilous picture.

“I always imagined that I would be able to snowboard on real snow in the mountains for as long as possible, like when I was old,” Ormerod said. “So it’s worrying that if things continue as they are, we may have to ride on artificial snow. Hopefully we can turn things around before it’s too late.”

Omnilert uses artificial intelligence (AI) to detect firearms and notify authorities. SAN DIEGO — Parents are doing everything in their power to keep kids safe. Unfortunately, because of mass shootings, threats can be found in every corner of a child’s or adult’s life. A California-based company, Omnilert, says it hopes to disable these threats before […]