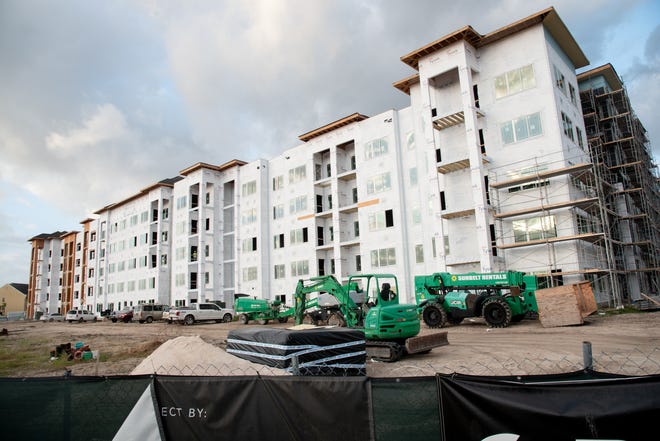 At the conference, Dr.John Carr, Deputy Chief Technologist of the Center for NASA MSFC, presented data that validated the performance of Ascent Solar’s flexible PV CIGS in space environmental tests on the ground with coatings of appropriate space protection. The results of the NASA MSFC data correlated with the performance of the International Space Station (ISS) compared to the MISSE-X flight experience. This flight experience allowed Ascent’s PV to retain 92% of its start-of-life (BOL) power, exceeding NASA’s MSFC ground data forecast for about a year in orbit. These data have been summarized in the context of ongoing investigations conducted by NASA MSFC, into the viability of lower cost photovoltaic technologies and solutions, and the significant advantages they can have over current “space power” technologies. .

Ascent’s flexible, ultralight and monolithically integrated PV are based on copper-indium-gallium-selenium (CIGS) chemistry and will benefit a variety of future missions, ranging from CubeSats, solar sails and potentially missions to the Moon and March. As with other space programs, NASA MSFC several years ago began studying the company’s monolithically integrated flexible CIGS for a wide range of applications. This includes its use both in the upcoming LISA-T demonstration, which is part of NASA’s Pathfinder Technology Demonstrator 4 CubeSat (slated for launch in 2022), and in the upcoming Solar Cruiser.

Dr Joseph Armstrong, founding team member, CTO and COO of Ascent Solar, said: “We are extremely pleased with the reported ground test results, as well as the way the predictions of these results were exceeded by the actual MISSE. -Experimental results in X-flight. The inherent radiation resilience of our lightweight and flexible photovoltaic technology, coupled with the robustness of the monolithic integration process, has proven to be a unique and robust solution for space. In fact, the only real but positive surprise from the MISSE-X was that the bare control sample from our CIGS module actually retained almost 76.1% of its BOL power, despite the lack of a protective cover and visible damage from ultraviolet light and atomic oxygen.The data presented at the conference indicates that we are ready for more difficult missions, such as LISA-T and Solar Cruiser, and also reinforces the choice of other customers who develop future applications using our erial PV mat. We also congratulate the NASA teams who were able to provide us with this data in very harsh environments here on earth. “

Victor Lee, President and CEO of Ascent Solar Technologies, concluded: “I would like to congratulate and congratulate our team, as well as those at NASA and our industrial partner, NeXolve, who have worked diligently on this. project for many years. These test results certainly set the stage for the potential for Ascent’s future involvement with LISA-T and Solar Cruiser, as well as some internal projects, which are designed for Ascent to move up to TRL (Technology Readiness Level) 7 and possibly to Level 8 (Space Qualified) in the near future The space community is extremely careful and takes no risk of failure, which is why these early flight opportunities that would establish a higher TRL will encourage the industry to adopt our product flexible, robust and very high specific power photovoltaic in the near future.

Ascent Solar Technologies, Inc. is a developer of thin-film photovoltaic modules using flexible substrate materials that are more versatile and more robust than traditional solar panels. Ascent Solar modules have been named one of the Top 100 Technologies by R&D Magazine and one of TIME Magazine’s 50 Best Inventions. The technology described above represents the cutting edge of flexible power and can be directly integrated into consumer products and off-grid applications, as well as other aerospace applications. Ascent Solar is headquartered in Thornton, Colorado, and more information can be found at www.AscentSolar.com.

Previous Steel will be essential to the green revolution, but our industry needs help to change | Jacqueline Thomas
Next BrightNight India Advisory Board Builds For Success